Fires at the Amazon Forest, is it man made? 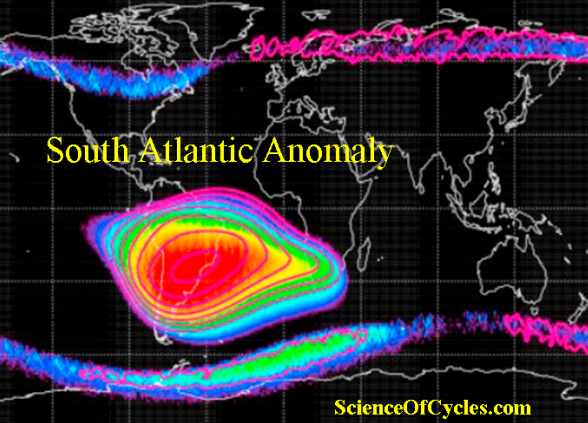 The phenomenon is called South Atlantic Anomaly and is defined as a huge expanse of the magnetic field stretching from Chile to Zimbabwe. The field is weak within the anomaly that it is hazardous for Earth’s satellites to enter it, because the additional radiation it is letting through could disrupt their electronics. Arriving at high speed, charged particles bombarding the ocean resulted in  warming it up  and releasing methane hydrates at continental shelves at high rate. I explained earlier that such release of Methane Hydrates CH4 results in bonding with Oxygen O2 to produce three green house gas molecules; one Carbon Dioxide CO2 and two Water Vapor H2O.

The arrival and penetration of Sun charged particles at high volumes span the vast area of the South Atlantic Anomaly. The continual movement of the two magnetic poles to the east means continual weakening of the magnetic field in the marked area of Latin America and could very well be behind the increasing fire at the dry season over there.

Another man made environment change claim that is proven wrong. 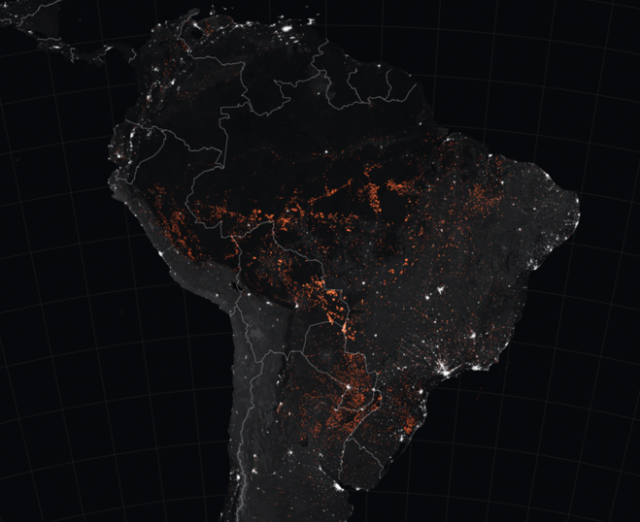